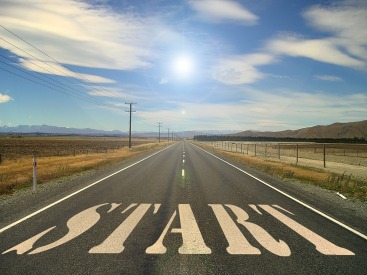 I’m not a VP of Sales today. I will be a VP of Sales within the next 12 months. Bold statement? I believe in writing your goals down and having conviction in what you set out to do. I don’t always attain my goals but I believe writing them down statistically improves the likelihood that I will. My good friend Steve Hackney @ BetterWorks probably agrees with me 🙂

The cool thing is, this is a goal I’ve had for a number of years now. Until recently it felt like more of a 5 year plan. Then one day I turned around and boom, it had been almost 5 years since I started thinking about it. * If you ask my wife, she’ll probably tell you that was similar to how our marriage came about! *

Its taken me this long to crystallize why I want this goal and what being a VP of Sales means to me. There are A LOT of VP Sales jobs and A LOT of reasons why someone would want each one of them. I’m much clearer today on what I’m excellent at, what keeps me energized/happy and what energizes and creates happiness for the people around me. The particular type of VP of Sales I want to be is one that works at a high growth SaaS Company headquartered in the Silicon Valley.

There are also a plethora of reasons why I know I’m ready for a VP of Sales gig. I won’t write them all down now. I will probably share a lot of them later in future posts but ultimately all of them lead me to the 2 reasons that really matter:

1) People want to give me the opportunity.

2) I want to accept the challenge.

Along this journey I’ve met a lot of people and did a lot of reading. Particularly blogs and lately a lot of anything written by Jason Lemkin of SaaStr. The dude is amazing. Most of what he writes strikes a chord and he often teaches me something new or at least allows me to see something I’m familiar with from a different POV. (I also copied his blog design because I couldn’t find a better generic one on WordPress)

He recently posted an article: That Super-Successful VP of Sales. Great? Or Just lucky? In the post he suggests that some VPs out there are great. Some are just lucky to be part of a great company. This is another one of the articles that really hit home as I’ve seen my fair share of both great and just ok but very lucky. In the article he suggested 6 questions that a founder should ask candidates interviewing for a VP Sales gig at their startup. Really great questions to digest as you interview candidates or if you are looking for a new job yourself.  I took a stab at what my answers would be today below.

1) How much of your team did you actually recruit yourself?

I recruited 100% of my most recent team (depending on how you would define it). 50% were hired and ramped after I moved into management. The other 50% were already employees but I brought them onto my team from various other teams within the company. Over the 6 years I’ve been in management, most teams I managed needed to grow between 50-100% in headcount year over year.

2) What’s your current team-level quota?  And what % of quota did you hit last year?

I’m not sure I can disclose this one too specifically but in general I’ve carried a quota of $5-8MM in each of the past 4 years across various sales management roles from high volume, high velocity inside SMB sales to lower volume, higher ARR enterprise field sales (currently a regional Director of Sales, Enterprise). I made President’s club in 3 out of 4 of those years.

I’ve been promoted 6 times in 12 years and 3 times in the past 5 years. I’ve been promoted mostly because I put the health/growth of each company ahead of my own short-term interests, I’ve almost always exceeded the goals I’ve been given and each time I was promoted I had already essentially been doing the job I was promoted to for 6-12 months before it was officially given to me. Here’s where the lucky part definitely comes into play. I don’t know if I’m “great” because I have been at companies that were growing and offered opportunities for career growth. On the flip side I’ve chosen those types of companies, I’ve been picked ahead of others (sometimes more experienced than me) for many of the promotions and each time I’ve succeeded in the new role.

Yes, I’ve carried a quota for the past 11 years.

In general my best reps are the ones that are the most optimistic, coachable, steadfast, confident, driven, honest, loyal, and careful with where they spend their time. They also tend to be the most flexible with changes through various, at times uncomfortable, parts of scaling a business. The two that are head of the table currently are the ones that have the most career upside. Each of them would come with me. My guess is there are plenty of others that would come too!

6) Will your boss say you’re one of her/his best hires ever?

Absolutely. I’m confident my last 3 bosses would say it without flinching. One hired me twice and each of them would hire me again. Not to say I’m the greatest employee ever, but they know how hard I work, how passionate I am about my teams, how competitive I am and how adaptable I can be in a high growth company.

* You can learn more about me on Linkedin or on Twitter *

* If you see an acronym or word anywhere on the site that you haven’t seen before, I might have posted an explanation here If not tell me and I’ll add it!*