Rocky Paap is blessed to have a wife, Katie, that tolerates his various obsessions including family, old american automobiles, men’s softball, the SF Giants, twitter, Labradors, random weekend horticulture and the internet in general. He is the father of 2 young children, Kayla (4 years) and Luke (23 mos) that share his emotional age and hilarious sense of humor. Rocklin Bert Paap JR  (full name) is the oldest of 6, a California native, born in Tahoe, raised in Watsonville, graduated from Santa Clara with a degree in Finance and has lived in the Silicon Valley ever since. He has held various roles within high growth companies (AFC, SuccessFactors, Box, Blackbird) ranging from Sales Development, Account Management, Account Executive, Sales Manager and Director of Sales to Vice President of Sales. Rocky was a member of Box’s original sales team (circa 2009) and closed several of the first 6 figure deals in the company’s history. After being promoted to be one of the company’s first sales managers he helped hire and scale a materially significant portion of the sales team while helping develop the foundation of sales process, go to market and sales operations. He is currently the Vice President of Sales at Blackbird in Menlo Park where he is in charge of scaling the sales team and forming the go to market strategy. His hair is thinner and more gray now than it has ever been. His father thinks that is hilarious.

Russ Thau is the VP of Sales of Intercom. He manages a team that helps evangelize, educate, and guide prospective customers on how to get the most out of Intercom. He was the first member of the SMB team at SuccessFactors and the first externally hired manager at Box. In both cases he helped them grow from $10M – $100M. He has a beautiful wife with an amazing voice and they are blessed to have two wonderful children. Russ loves being the contrarian in any debate. Even if he is arguing for the side he doesn’t actually agree with! 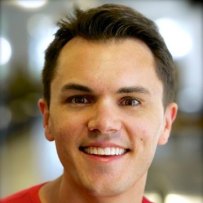 Dan O’Leary loves to solve problems. Periodically he also creates them! He is currently focused on enterprise content collaboration, disruptive technology, awful puns, trips to Taco Bell (NOM!) and soccer. He enjoys Thinking10X as the Principal Solutions Architect @BoxHQ. He’s an Alumni @Cal Poly. He earned his ECM stripes @LincWare and @Laserfiche and has a hilarious dog named Mr. Pickles.

Zach Lawryk has worked in presales, for some of the fastest growing companies and sales teams in history. Starting with salesforce.com, Get Satisfaction and Box he now leads Sales Engineering at Optimizely. He loves a great demo.