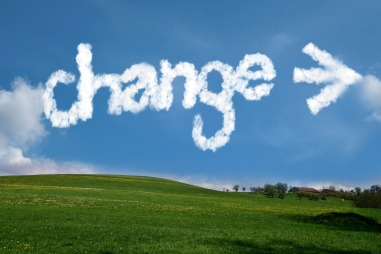 Over the past several years I’ve talked in-depth with colleagues, friends and family about career progression. A decent chunk of the conversations are triggered because I’ve been in a management position for many years so that happens to be a natural part of my weekly flow. Another percentage of the convos arise because I’ve been very fortunate and have worked at 4 companies that were in major growth modes. In these fast growing environments I have been afforded many opportunities to push myself, perform and eventually get promoted. Since I’ve been so lucky, people often want to know how I got to be where I am and wonder if there is any advice I can offer on what they can do or what they should look for to put themselves in positions to move their careers forward.

I know “Career Progression” is a broad topic! I could write for days about all the different ways I’ve seen people move their careers forward. For this post I’m going to focus on a very specific situation: I’ve dealt with this particular scenario a couple of times in my own career and have very recent experience with it. I won’t promise to have sage advice that will change your life but I’ll offer a few practical strategies that have worked for me. I’ll share things I hold to be true as well as provide a straightforward approach that you can personally use when you are in a position yourself to make the ultimate decision: “Should I stay in my current job/company or take a chance on going somewhere new?”

The way I now think about this decision can be outlined simply as:

At some point while I was @ Box I started to question if it was the place I wanted to spend the next X number of years. It started as an infrequent question/idea that would pop up here and there. Then suddenly it became constant. I couldn’t silence the nagging feeling in my own head. Most perplexing was that just a short period of time prior I couldn’t have imagined working anywhere else. I literally loved the company. It was in many ways an extension of me. I felt like a founder myself and it truly was the best job I had ever had. I was a strong believer in the company. I enjoyed success in all of my various roles and I had an outstanding relationship with everyone I knew there, including the original founders, Aaron and Dylan. I can honestly say it was a place where I worked with true friends. People that I respected and thoroughly enjoyed working with every day. People I wanted to hang out with after hours.

Eventually the nagging questions in my head became nearly all-consuming. Why do I feel this way? What’s wrong with me? What should I do? Eventually, I couldn’t hold the feelings back any further and I began to share some of these thoughts with family and friends. Most of them thought I was crazy. (My wife knows me better than anyone and she wouldn’t hesitate to confirm that I am indeed crazy!) Others thought the feelings would pass and I should just sit tight. I may be crazy but the feelings never passed. I was in this really strange position in life where I liked my job in general and was grateful to have it but was also wondering if I could be missing out and not maximizing my potential/happiness. I imagine there are some of you out there in a similar situation!

So there I was sort of vacillating back and forth, unable to really decide what to do. Felling generally lost. Then I was shaken out of my funk when I received some very critical and important advice that helped me get to here from there. The advice became a sort of 1-2 punch that got my mind right and then helped me make a plan. The first came from my father. The conversation went something like this:

Dad: “Are they still paying you?”

Dad: “What’s your problem then? It’s called Work for a reason“

What this convo reinforced was how fortunate I was to have a good paying job and that no matter what, I was in an awesome place in life. Instead of feeling sorry for myself I should be looking at the positives. It also reminded me that no matter what job you have, it is gonna have rough spots. That is why you get paid to do it 🙂

The next great convo was with Aliie Covarrubias. She’s a seasoned recruiter and has seen every variation of career progression. We worked together closely building Box’s sales teams and she always has a knack for being both positive as well as brutally honest. I shared my feelings with her one day and she said two really insightful things. First she said: “Go talk to other companies then. See how it makes you feel”. Then she said “Don’t just float around aimlessly. Use this trick to evaluate jobs.” She suggested I take a single sheet of paper, cut it into fourteen pieces and write down the most important things to me in life that relate to work. Then sleep on it and do it again. “Once you have this in hand, use it to measure your current job against every new opportunity you consider.” Her idea became this simple spreadsheet that I used for nearly 2 years before taking a new job.

The combination of insights from my Dad and Allie settled me and provided me with a plan. From that day forward I not only felt more at ease in my daily job but also had a practical way to consider new opportunities. I spoke with 20+ companies about new opportunities and I always came back to that simple framework to measure them. The vast majority of the time I decided that the job I already had was the best fit for me. Then one day the scales tipped and I found a job that was a better match for the 14 things I cared most about. The framework allowed me to be patient because I wasn’t just jumping at new opportunities because I was upset over an arbitrary period of time. I had to find a fit that was measurably better for me!

My advice to anyone in a similar position is this: Work is hard, so be grateful that you have a job and tackle your daily challenges head on. But that doesn’t mean you shouldn’t push yourself to do more. Talk to people you trust, define your ideals, make a plan, and be patient. Find the right fit before deciding to take on a new challenge!

* If you see an acronym or word anywhere on the site that you haven’t seen before, I might have posted an explanation on my glossary of terms. If not tell me and I’ll add it!*